I’m not going to lie when it comes to my historical feelings towards the VGAs. Like many on the Internet, I’ve felt that the show has slowly degraded itself into a preview-fest littered with celebrity guests that have nothing to do with the medium aside from playing games on their couches. I even used GamerNode as an outlet back in 2010 to vent my frustrations on the event’s constant failure to meet its potential.

This year it seems that Spike, Geoff Keighley, and the rest of the gang behind the VGAs are starting to get the message. In a radical change of course, the awards show has now been relabeled VGX (For what reasons the X needed to replace the A, I’m befuddled over.) and went from a large, Oscars-like stage event to a no-audience set presentation. Though of course gamers on the Web and throughout the Twittershpere have still lobbed complaints at the way the show was run – some of it valid, some of it not – I’ll say that this was actually a stride in the right direction for the show. Far from perfect, but on the right track.

One thing that this major downsizing in scale did was eliminate all the needless celebrities from film, television, and music taking up the screen. This was a show consisting almost entirely of industry people, a clear sign that Spike is maturing and recognizing that video games should take pride in featuring the stars that make this form of entertainment special. In fact, the only non-developers or -publishers that appeared as guests on the show were Trey Parker and Matt Stone, who were there to promote South Park: The Stick of Truth, which the duo wrote. And no, I’m not counting the musical guests or Joel McHale as that’s a different factor to me. I’ll get to that later.

With this smaller, more industry-centered approach also came demo sessions and interviews with developers and publishers of upcoming titles. This is another smart move by VGX, as it will aid in making studios and the people within them more household names than in previous years. This was emphasized further with the acceptance videos for essentially every major award. We as a collective got to take a look into the culture and personalities of the people who make our beloved form of entertainment what it is today. It’s a means of celebrating games that just wasn’t there before.

The awards themselves were also an improvement in terms of nominations and a more diverse presence of titles. Gone are the days where Megan Fox was nominated for Best Voice Actress because she was part of a crummy Transformers movie tie-in game. We’re actually seeing the stars of lauded titles be both nominated for and win these honors, finally bringing some much-needed legitimacy to the awards.

Other benefactors of the show’s emergence from the shadows of other mediums are indie games. The nomination of Brothers: A Tale of Two Sons to both the Game of the Year and Character of the Year awards, in addition to the genre having its own category, is not just a sign of the emergence of indies, but the show’s evolution as well. It started last year with The Walking Dead and Journey, and to see it continue shows that Spike is firmly acknowledging the industry in its entirety. 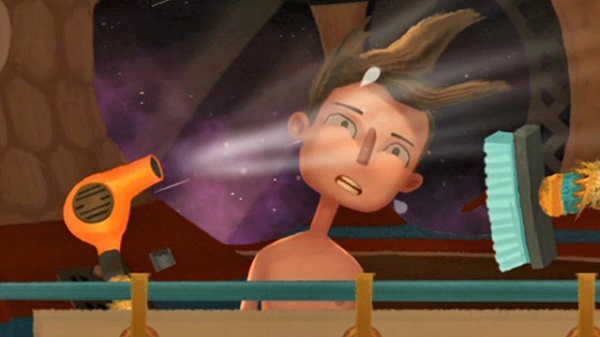 The reveals, while good, took a bit too much away from the awards.

But despite this increased exposure of the indies and expanded awards categories, the show can do more. In addition to even more genres being recognized (MMO, F2P, Adventure, Puzzle, Strategy, etc.), there’s plenty of room to pick out games that excel in certain aspects of creating a memorable experience. Topics such as world design, visual presentation, narrative, community development, and more have been covered before by those of us at GamerNode in our annual Nodie Awards, and should also have a place at the VGXs. Heck, even more acting categories like ensemble cast or supporting voice actor/actress or recognizing those bold enough to release a new IP would do wonders to expose and acknowledge all the hard work that goes into creating a video game.

While on the topic of recognizing those that have achieved greatness over the past year, that’s something the VGAs has always lacked and hasn’t fully rectified with the VGXs. All the world reveals, demos, and interviews are great, but the whole point of the awards is to celebrate what gaming has achieved since the last show. Give the awards some more air time and let those folks who slaved away on these games have a little extra time in the sun. The audience doesn’t need to be teased so heavily on what’s to come in the future.

But what the VGXs most certainly need in their future is the return of an actual audience attending the show. The up close, more relaxed style of the awards was a nice change… that is until a joke or big announcement was made and the reception was an awkward silence or minor reaction from a handful of the crew. There needs to be some sort of human presence in the form of fans or industry members so that there’s a sense of genuine excitement and enjoyment as awards are presented and new games revealed. This doesn’t have to mean going back to a large theater, but there has to be more than Cameraman A and Producer D hooting or clapping.

The Ugly: Why Joel McHale?

You can see Geoff Keighley’s anger and regret in picking McHale to host.

Then again, maybe even having an audience the size of the VGAs of old still wouldn’t have erased the pain of watching Joel McHale host the show. For the love of all things sacred, please don’t ever let him or anyone of his ilk have anything to do with these shows again. His disinterest, thick sarcasm, and barbs towards Keighley and crew was a complete and utter insult to the industry and its fans all over the world. In the future, grab someone who is a die hard lover of games and perhaps even has some previous involvement in the industry, not some C-list celeb who clearly couldn’t care less about respecting the medium. Names like Felicia Day, Nolan North, Troy Baker, Nathan Fillion, and Aisha Tyler all come to mind as far more entertaining and honorable hosts.

A similar sentiment can be shared with regards to the fools who provided the show with a musical break. Not only were the tunes degrading, but like McHale the performers showed no dignity whatsoever. Having music to break up the demos, reveals, and awards is still a good idea. Having an artist that performed a song within a popular game makes that idea great. However, next time make sure the artist cares about what they’re doing and the song you’re having them perform will put people in an upbeat mood.

Not the Show we Need or Deserve, But Getting There

Spike’s VGXs are on their way to being something great, despite some agonizing speed bumps this year.

So yes, the VGAs’ first year as the transformed VGXs had their fair share of negatives and are obviously still on the road to reaching their potential. But this show in comparison to previous years is not as much of a train wreck as all the doom-and-gloom gamers are trying to make it out to be. There’s a great video game awards show hidden within, and I know Geoff Keighley wants to see that become a reality. Let’s just hope that next year it improves on those positive strides and avoids the still-present negatives.

One response to “VGXs Making Postive Strides for Awards Show”